Larry A. Coldren is the Fred Kavli Professor of Optoelectronics and Sensors at the University of California, Santa Barbara, CA. After receiving his Ph.D. in Electrical Engineering from Stanford University and spending 13 years in research at Bell Laboratories, he joined UC-Santa Barbara in 1984 where he now holds appointments in Materials and Electrical & Computer Engineering. Since 1990 he has been Director of the Optoelectronics Technology Center, which resulted from a national initiative originated by DARPA. He was Acting Dean of Engineering from 2009-2011. In 1990 he co-founded Optical Concepts, later acquired as Gore Photonics, to develop novel VCSEL technology; and in 1998 he co-founded Agility Communications, later acquired by JDSU, to develop widely-tunable integrated transmitters.

At Bell Labs Coldren researched surface-acoustic-wave filters and later tunable coupled-cavity lasers using novel reactive-ion etching (RIE) technology that he developed for the then new InP-based materials. At UCSB he continued work on multiple-section tunable lasers, in 1988 inventing the widely-tunable multi-element mirror concept, which is now used in numerous commercial products. Near this same time, he also made seminal contributions to efficient vertical-cavity surface-emitting laser (VCSEL) designs that continue to be implemented in practical devices. More recently, Prof. Coldren’s group has developed high-performance InP-based photonic integrated circuits (PICs) as well as high-speed, high-efficiency VCSELs, and they continue to advance the underlying materials growth and fabrication technologies.

Professor Coldren has authored or co-authored over a thousand journal and conference papers, a number of book chapters, two textbooks, and has been issued 63 patents. He is a Fellow of the Institute of Electrical and Electronics Engineers, the Optical Society of America, the Institute of Electronics Engineers (UK), and the National Academy of Inventors, a recipient of the 2004 John Tyndall, 2009 Aron Kressel, the 2014 David Sarnoff Awards, and the 2017 Nick Holonyak, Jr. Award, as well as being a member of the National Academy of Engineering. 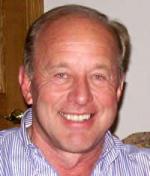